Hot With A Dash of Steam

What would you do without batteries? If you wanted a little extra fun and didn’t have a flesh and blood partner, your options before electricity and batteries (rechargeable or not) were pretty limited. But what if, in the Steam age, energy was being harnessed to power sexual devices and fuel carnal dreams? Such is the premise of Carnal Machines, one of the July selections of the Naked Reader Book Club. 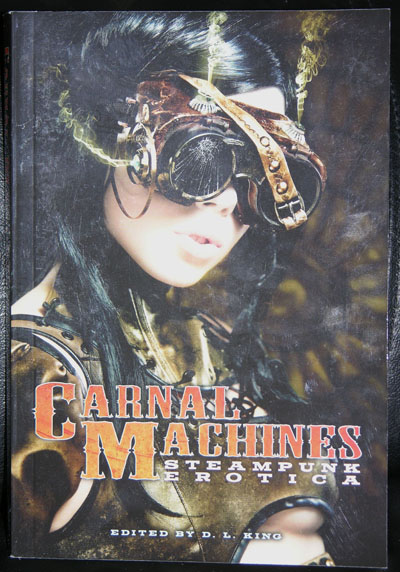 END_OF_DOCUMENT_TOKEN_TO_BE_REPLACED

I love being a part of  Sexis’ Naked Reader Book Club, which has exposed me to an amazing amount and variety of erotica. The more I read, the more I find I enjoy the ones that have to do more with dominance and submission.  Whether physical or mental, these stories – if they’re well written – really turn me on and excite me when I’m reading them, which is what I feel good erotica should do.   Please, Sir, one of the June Book Club selections, is the second collection I’ve read recently on this topic, and one of those great collections that delivers multiple satisfying reads, particularly if, like me, the idea of submitting or reading about submission is something that excites you. 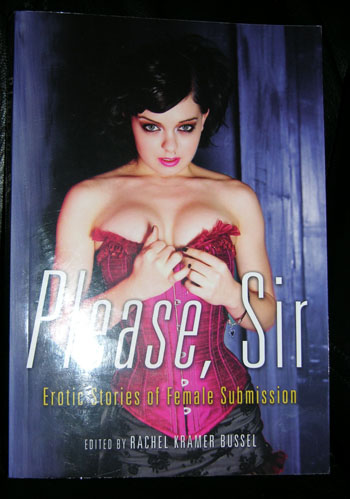 END_OF_DOCUMENT_TOKEN_TO_BE_REPLACED

After reading a lot of erotica anthologies now as part of the Naked Reader Book Club, I’ve found that, for the most part, I really enjoy the ones with a bondage or master/slave theme. Not the ones with the women dominant over the men, but rather the men over the women (a reflection of what I prefer in real life, I think). The women in these books aren’t shallow timid things, but rather strong women who tend to delight, in many instances, in relinquishing the control they maintain every day and give it to the man they love. When the May book selections for the club came out, it was no surprise to me that I chose to read and review He’s On Top (Erotic Stories of Dominance and Female Submission). 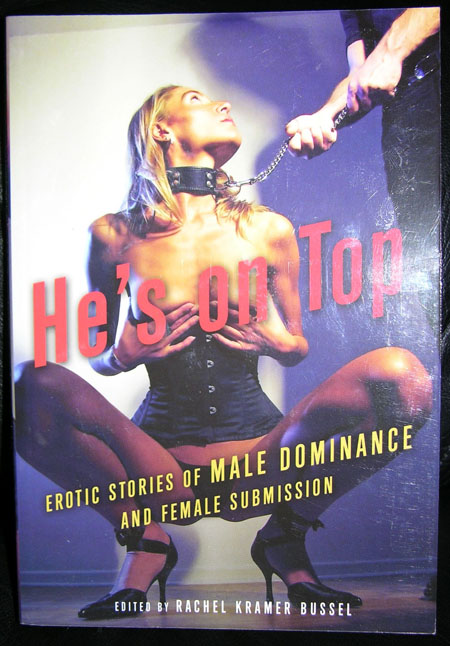 He’s On Top was published in 2007 by Cleis Press. The book is an oversized paperback with a glossy, indiscreet cover and contains 17 stories in its 178 pages. Also included are an about the authors section, about the editor, and an introduction by the editor, Rachel Kramer Bussel.

Rachel is a woman of many talents: among her many hats she’s an erotica writer, blogger, editor, and journalist. She’s edited numerous anthologies and has had her own erotica stories appear in more than 80 anthologies.

In her introduction, Rachel talks about how dominant men get a bad rap in 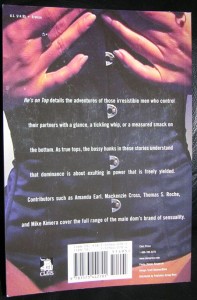 society. She wanted to lessen this rap and give tribute to the power that goes into being a top, whether that power is physical, mental, or emotional. Through the chosen stories, Rachel wanted to show that S&M is not always a matter of whips, collars, and chains but can also be a matter of mind games. It’s equally pain and pleasure, and the top doesn’t have any power that the bottom hasn’t given him.

The stories here are told from the point of view both master and slave, as well as first and third person (and even one second person). The women are willing to submit to their men and give them what they need while receiving what they need as well. While some are defiant, all willingly join in.

“Confession” by Gwen Masters Clarice doesn’t love her husband Max anymore. After confessing to a priest, who tells her she must be honest, she confronts him. As they grapple with being dishonest and falling out of love, Max reveals he’s had an affair and then takes her in a brutal and dominating way. Will confessing her sins to him manage to bring some life back into their marriage?

“Yes” by Donna George Storey He sees her, wants her, and gets her, all the while drawing out her need to submit to him. When his old friend Sean comes to visit, he starts a game called Secret Desires. Will his girl be too embarrassed, or will she really do whatever he wants her to do and say yes?

“Boardroom Etiquette” by Lee Ash Kirsty was the acting head of the finance department, but her secret boyfriend Carter shows her no respect in the board meeting. When everyone leaves, will he make due on his promise to give her the thrill of a lifetime, or does his career have a shorter ending than he anticipates?

If you enjoy reading about women being submissive to dominant men, this is a collection that you’ll likely enjoy. You can pick up a copy of He’s On Top at EdenFantasys.com .

Thank you to EdenFantasys for sending this to me for free to review! If you’re interested in reading erotica, check out the Naked Reader Book Club on the EdenFantasys forums, where discussions occur on the 2nd and 4th Tuesday of the month with host Kristina Wright. 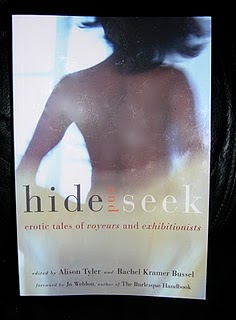