Kink Of The Week: Dacryphilia 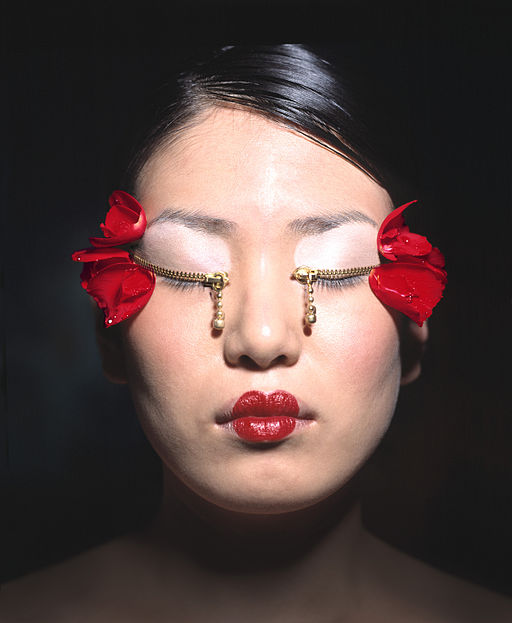 By MarcoBolognesi (Own work) [Public domain], via Wikimedia Commons

Dacryphilia: to be sexually aroused by your partner’s tears (Urban Dictionary)

I’m not much into crying. I’ve done my fair share, it’s true, especially this past year. Besides normal life, there are some movies that reduce me to a sobbing mess at the end (Donnie Darko and Star Trek II to name a few)….there’s even some movies I refused to watch to the end because I’d knew I’d cry (Marley & Me comes to mind). A few songs leave me teary eyed, depending on my mood.  I hate for others to see me cry, no matter who it is. So, as you can imagine, crying isn’t something I want to do during sex, although I can see how this might be an attraction for some.

Now, that’s not to say I don’t shed tears during play. But it’s rarely been because of a spanking or paddling (winces and cries are much more likely). When I do cry lately, it tends to be because I am having such a strong orgasm. The kind that used to just overwhelm me now can’t be contained, and copious amounts of tears run down my face. I’m not sad – far from it. But I can’t control these tears no matter how hard I try. In a way, I guess it is an emotional release of sorts, as well as a physical one.

My husband has never tried to make me cry when we’re playing – in fact, he’s rather disconcerted when he sees the salty tears roll down my cheeks…no matter how gentle or rough he’s being, I can’t control them. I don’t think they turn him off, but they’re not exactly a turnon for him either. I’ve only seen him cry a time or two, never during sex, and his tears are not a turn on for me, either.

4 responses to “Kink Of The Week: Dacryphilia”