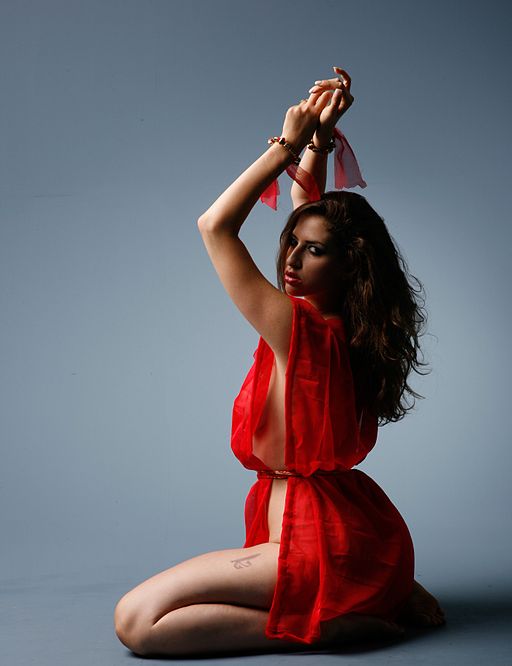 I remember when I first read “Tarnsman of Gor.” I was fairly young, and had just come off of reading Edgar Rice Burroughs’  John Carter books. I was attracted by the covers, as I was a huge fan already of Boris Vallejo, and the idea of a “Counter-Earth” was intriguing. So I waded into Tarl Cabot’s experiences on Gor.

At the time I didn’t realize, and actually I didn’t know until much later, that the concepts in the books between kajira (slaves) and their masters went beyond the book and that many people practiced the Gorean philosophy and lifestyle. I do remember from the books there were a variety of slave positions, and the slaves knew to assume positions quickly at command.

We don’t have formal positions either inside or outside of the bedroom, and our informal positions involve keeping my legs apart enough for access. We use them pretty frequently during play, but there’s no correction for form, and no expectation of quickly assuming any one position.

Sometimes the position is me bending over while still standing. Again, not something formal, but I bend over and support myself with my arms on the table or chair while he does what he wants from behind, and I try not to move if he decides to spank me with his hand or a crop.

The only other position we have like this is on my hands and knees. He’ll often move around, and sometimes he prefers this position for me so he can fuck my mouth while a machine fucks my pussy. It’s also easier for him to use a crop on me this way, and this is a position I can hold longer than others.

I think it might be fun to have a few more formal positions, but we haven’t worked up to anything like that yet. One of these days…

8 responses to “Kink Of The Week: Gorean Slave Positions”