Kink Of The Week: Sapiosexuality 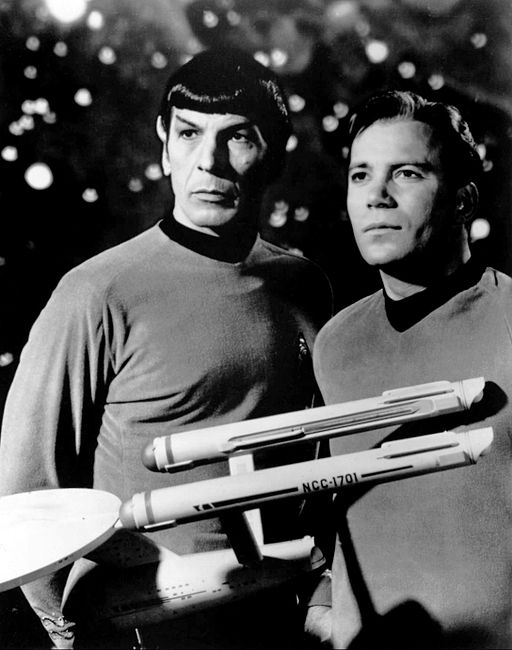 I find sapiosexuality an interesting concept, and a term I hadn’t heard before this Kink Of The Week. The definitions, in case you aren’t familiar with the word (from Sapiosexual.com), are

Sapiosexual (n): a person who is sexually attracted to intelligence in others.

For some reason, this brought to mind the Star Trek episode “The Gamesters of Triskelion”, where Kirk, Uhura, and Checkov are whisked off the Enterprise down to Triskelion, and the Master Thrall Galt  fits them with basically shock collars. He has other drill thralls prepare them for combat to fight for the amusement of the Providers. Turns out these Providers turn out to be glowing brains of pure intellect, who wager quatloos on the outcomes they engineer to pass the time.

Yes, I clearly have a geeky side. When I look at Star Trek, I’m attracted to the characters of Spock and Kirk. Spock, obviously, is fascinating, and he’d be interesting to have a conversation or debate with. Even the Eymorgs were attracted to his brain. But neither they nor I are attracted in a sexual way. Now Kirk…yes, he has a magnetism for me. He may not have the highest intellect, but I’d much rather fuck him.

Intelligence can be attractive, and I know I tend to have a lot of friends who are smart (in various ways) that I can have deep and intelligent discussions with. But while I find it attractive in a friend, it’s not necessarily a sexual attraction. If it’s a man, it’s one trait I’d look at, but they’ve got to have a few things to go along with it – I much prefer a physical fucking to a mind fuck, and if they don’t have a compatible personality with mine or prefer to solve complex mathematical formulas rather than have fun in bed, they’re not for me (did I mention I have an overactive sex drive?).

If it’s a woman,  we’d probably be good friends, and I imagine as long as we had some things in common we’d have a great deal to talk about. But no matter how intelligent she was, a sexual attraction wouldn’t exist (regardless of what she looked like).

So, this isn’t a kink of mine- it’s just one of many things that can create a sexual attraction for me.

4 responses to “Kink Of The Week: Sapiosexuality”