Kink of the Week: Forniphilia 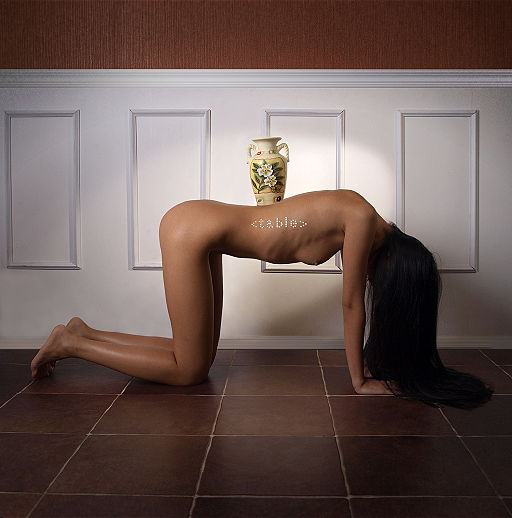 The first time I ever heard of using people as human furniture was a few years ago. A friend and I were talking about ads on craigslist, and she mentioned that she’d been looking over some of the personal ads. She’d been finding the European ones more interesting, particularly in the “Casual Encounters” section. I was pretty amazed at what people were posting – lots of calls for scat play, guys who wanted to watch women flash them in lingerie, Skype sessions, one night stands, gang bang partners…

…and then she found one that was decidedly different.

We didn’t find any from men looking for women to be furniture, but with the sheer number of encounter ads, it’s possible we missed them.

The thought of being used as furniture, or using my partner as furniture, doesn’t turn me on. I find it kind of fascinating after looking at some pictures of it online, but it quite honestly does nothing for me, and it’s not something I’d be up for. While I am the submissive (for the most part) partner in our relationship, it’s nothing he’d ask me or tell me to do, and I’d never sit on him, except in his lap, which isn’t the same thing at all.

7 responses to “Kink of the Week: Forniphilia”