Kink of the Week: Exhibitionism 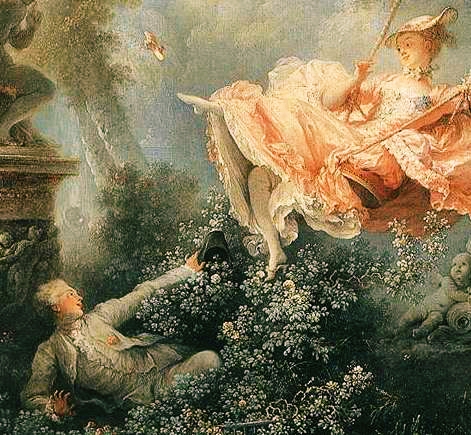 I am an exhibitionist at heart.  It’s probably pretty noticeable on my blog, since I have a lot of shots of tits and ass, and I’m sure many anonymous people on the webs have seen them. It’s certainly not live, but it’s a bit of a rush to think that I post, whether it’s pictures or writing, and others look.

There are a few sites I belong to where I suppose I’m a bit of an exhibitionist as well, whether it’s opening up about my sexual preferences on the forums or chatting and posting a bit of nakedness. Just a flash. It’s fun, and can be pretty hot.

I’m like this, to a degree in real life as well. Usually, most days, I’m fairly modest, although I do like to chance that something will be seen. Windy day? I’ll go with a flouncy skirt and a pretty thong. You never know what the breeze will uncover. I’ve had sex in public places too, albeit far from home, where, even though we weren’t directly out in the open, passersby could have stumbled across us: at the lake, in a cave, in the pool. Plenty of spots to be watched from without us knowing. Part of the thrill is not knowing if anyone’s watching, although it can be fun to do a bit of exhibition when you know someone is.

What probably started it all was a long time ago, when my future husband and I were at a party in a friend’s apartment. We were young, we were horny, and after a few drinks we snuck away to the bathroom for a little bit of fun. The door didn’t lock, but giving him head while he was leaning against the door was pretty safe. We got pretty carried away and moved away from the door, where we fucked uncomfortably against the tub until the door flew open and a party guest came in to use the bathroom. He stopped. We stopped. I was pretty horrified, and he was pretty embarrassed. But, when he left, we went right back to fucking. It really was a rush, and part of the rush was wondering if anyone else would barge in or carefully open the door.

The first time I ever put on an intentional  show, where anyone (or no one, I’ll never know)  could have been watching, was on my honeymoon. We were in Las Vegas, we had a big window overlooking the Strip, and that night after the ceremony, dinner, and a few drinks, we fucked in front of that window. Up against the glass, he took me from behind, and the lights were on in the room. It was a tremendous thrill, wondering if anyone was watching as he slammed into me and I braced myself against the window. He got quite a blow job that night too, and I wonder if anyone got turned on.

Would I do it if it wasn’t so anonymous? I don’t know. But as long as it’s fun, why not?

18 responses to “Kink of the Week: Exhibitionism”