Are You Ready For Some Fantasy (Football)? 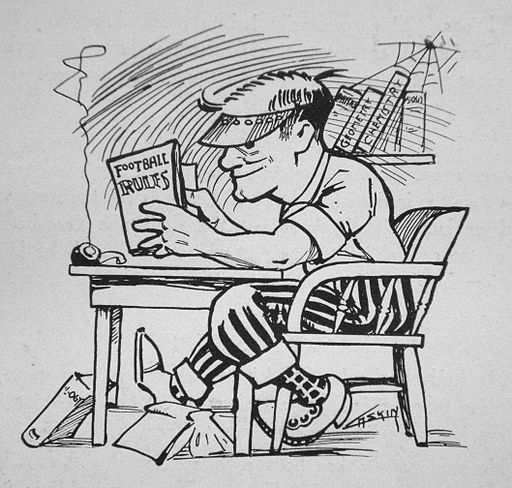 Football season is one thing, but I refuse to be a Fantasy Football widow.

Don’t get me wrong. I love football. I know the teams, the players, and the rules. I root for my teams every week. I watch games every weekend and ESPN on occasion, and I know who’s injured, who’s being traded, and who’s been suspended. I can hold a conversation with the boys and talk football with the best of them. I yell. I cheer. I curse. I even met John Madden once when my husband spotted his bus as we were heading back to town after a day of shopping. We chased him for 20 miles until he stopped at a local store, and he got Mr. Madden’s autograph on the back of a pay stub (it was the only paper we had on us). But I don’t like fantasy football.

A few years ago I played it for the first time, and so did my husband. We each had 3 teams. I used an autodraft and ranked my players. He insisted on doing a live draft and spent 2 hours for each team talking smack and selecting players. I checked my teams once a week and made adjustments as needed. He agonized for hours every night on who to play, who to cut, and who to draft. This wasn’t for money, mind you. This was for “fun.”

Trying to have a sex life during fantasy football season was interesting, that’s for sure. I would come out in something skimpy, or nothing at all, and his eyes wouldn’t stray from the computer screen. Now, I expected this during a game. But playing fantasy on the computer? I think not!

I went so far as to buy a hot little referee costume, complete with knee socks, football pumps and a whistle. This would take his mind off of the computer, I thought. One night while he was busy trading and manipulating his teams, I came up behind him and blew the whistle in his ear. “Time out!” I said. He was startled, then amused. I did some posing in front of him. I made the signals for “Offensive Holding” and “False Start”. He was still amused.

I played this game with him a few times, but in the end it was easier to wait until bed time. He could forget about fantasy football in bed, but his post-coital talk still revolved around football. I’d roll over and go to sleep.

This year he’s running 20 teams. In 20 different leagues. At the same time. He even had to use my accounts because he was trying to run too many in his. I have one team that I’ll sporadically watch. I’m willing to try refereeing his computer time on occasion, and maybe try out a cheerleader costume to distract him from the screen. But this year, I have James Deen’s replica cock, my Red Devil, and my Hitachi to keep me company while he’s drafting. And who knows, that may turn out to be a better show than what he’s got on the screen.

Author’s note: This post was written by me a few years ago and posted on another blog at that time. It’s still pretty timely, however, and I’ve decided to reblog it with a few updates here.

This entry was posted in Erotica and Stories. Bookmark the permalink.

2 responses to “Are You Ready For Some Fantasy (Football)?”